South Africa’s Tourism Minister, Lindiwe Sisulu has called for the African continent to work collaboratively to drive tourism growth so as to accelerate recovery. Sisulu made an urgent call for concentration on domestic and regional travel, at Africa’s Travel Indaba held at the Inkosi Albert Luthuli International Convention Centre in Durban. Africa has witnessed economies benefiting from Tourism and it’s immense contribution to the GDP of many nations.

Speaking on the sidelines of the Indaba, Zimbabwe Tourism Authority Acting Chief Executive, Mr Givemore Chidzidzi said “Due to the Covid-19 Pandemic, Tourism came to a complete stop, we embraced technology and held meetings and conferences virtually. However, the World has re-opened therefore we need to put forward our best foot forward and market destination Zimbabwe. Concentrating on our hidden Gems that need to be packaged and marketed to the world,” he said.

The United Nations Tourism Organisation (UNWTO) Organisation’s director for regional department of tourism Africa, Elcia Grandcourt said “Building trust among travellers is a key point in rebuilding the economy. We are promoting our work purely on three key pillars which are sustainability, economic and social aspects. We are now living in a world where digitalisation is the go to form of communication, digital transformation innovation and investment in tourism,” she said. 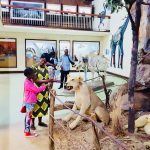 Prev What are you planning for this year's mother's day?
Next Happy First Friday of the month! 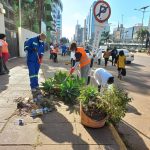