THE Zimbabwe Tourism Authority (ZTA) is excited at the prospects of this year’s edition of the Sanganai-Hlanganani World Tourism Expo which kicks of tomorrow at the Zimbabwe International Trade Fair in Bulawayo after it managed to surpass its target of exhibitors.

Speaking to local media at a press briefing this Wednesday, ZTA Chief Executive, Ms Winnie Muchanyuka said they had set a target of 250 exhibitors but they managed to surpass that after figures hit 270.

“We had set a target if 250 exhibitors but we are happy to announce that we surpassed this target. As we speak, 270 exhibitors icnluding 30 foreign firms, are participating this year which is more than we initially anticipated,” said Ms Muchakanyuka.

“We are very excited at being here but more than anything, we are excited that after two editions of being virtual, this year we have a physical exhibition,” she added.

“In addition, all ten provinces in the country have confirmed that they will be participating at this year’s expo,” Ms Muchakanyuka told journalists.

100 buyers who had registered for the expo are already in the country and have been part of tours to key tourism destinations. Buyers from Germany, the United Kingdom, United States of America, the Middle East, Australia and India have arrived for the expo.

“We are also very grateful and appreciative of the massive support from sponsors that has helped us put this edition together. We have to remember that things have been difficult in the tourism industry after the global Covid pandemic. We have received amazing support which to me is an appreciation of the importance of toursim in our economy,” she said.

“One such sponsor is the Airports Company of Zimbabwe with whom we work in tandem bringing tourists into the country. Air Zimbabwe have also been assisting us in our endevour to make Zim an attractive tourism destination,” she said.

Events lined for the expo include speed networking sessions for buyers on the gust two days of the expo, a breakfast for all exhibitors and media sponsored by ZIMRA, the Meet in Zim Bidding launch, the Sports Tourism Symposium, a tree planting ceremony at Insukamini Primary School and Hugh Beadle Primary School.

On the second day of the expo, a Tourism Investment Forum will held as well as a
Ministerial round table before the Official Opening and Prize Giving in the evening.

South African superstar, Big Zulu and Inkabi Records will be part of the Family Fun Music Festival on the third day which has been designated a family fun day. The show will also feature top local acts like Djembe Monks, Killer T, Sandra Ndebele among other artists.

ZTA is using this edition to celebrate tourism, domestic tourism and the return to normal after the global Covid pandemic Expo will also include a Sports Tourism Symposium. 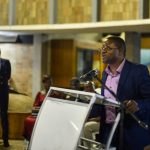 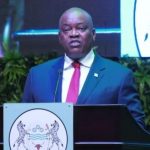